"TR3 rips through some funk, rock and even Latin music. Reynolds changes guitars for nearly every song, bringing out a Flying V, a Fender Strat and even playing some slide. The entire three-piece band is solid and Reynolds’ fretwork is about as good as you will find. Reminiscent of Steve Howe, Steve Vai and Carlos Santana, Reynolds is as crafty and inventive as he is quick and versatile. TR3 is worth the price of admission." --PressofAtlantic City.com

With a musical career spanning more than thirty-five years, guitarist, sonic innovator, and two time Grammy nominee, Tim Reynolds, is known for his masterful command of melody and timing and for his uncanny ability to improvise on any instrument he touches. Having explored most musical styles, from rock, jazz and blues to classical and reggae, Reynolds’ wide-ranging musical versatility is evident each time he picks up his electric or acoustic guitar. It was in the mid 1980s in Charlottesville, Virginia, when Reynolds founded his breakthrough electric power trio, TR3 (Tim Reynolds Trio), known for their fusion of funk, rock, and jazz. Reynolds toured with TR3 during the 1980s and 1990s, using a rotating cast of musicians. It was at this time he befriended Dave Matthews and their ongoing musical collaboration began. After a chance meeting with two talented musicians, bass player Mick Vaughn and drummer Dan Martier, a few rehearsals later and several stealth appearances throughout North Carolina, Reynolds decided to resurrect the electric TR3 and they’ve been touring ever since. In 2009, their first studio CD Radiance was nominated for Home Grown Music Network’s Album of the Year.

TR3 released their first double live CD, From SPACE and Beyond in June 2011. Electric, funky, operatic, and edgy the album is a phenominal live recording...a mix of updated Reynolds’ classics to wild covers of everything from James Brown, Led Zeppelin, King Crimson and Focus to TR3’s ever-evolving catalog of new material. Reynolds is one of the most talented and thoughtful musicians on the circuit today. Technically brilliant, yet emotionally honest, Reynolds’ music is inspired and authentic.

Tim Britt is an accomplished musician in Western New York. With an engaging personality, Tim combines humor, sensitivity, emotion, and true passion in his vocals, with a percussive approach to guitar, intricate finger work, and a looping system that can layer harmonies, rhythms, and sound effects making his performances truly unforgettable. His original songs have an appealing style of honesty with bluesy undertones, and range from love songs, to contagious crowd sing-alongs. 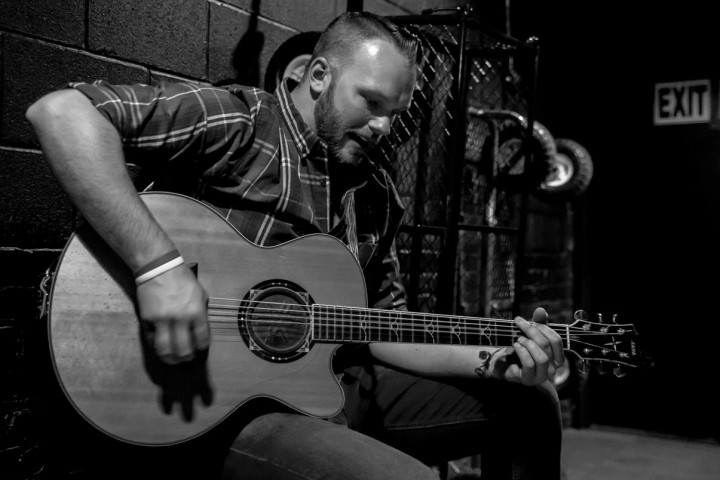